Lessons learned from teaching 9 year olds how to code 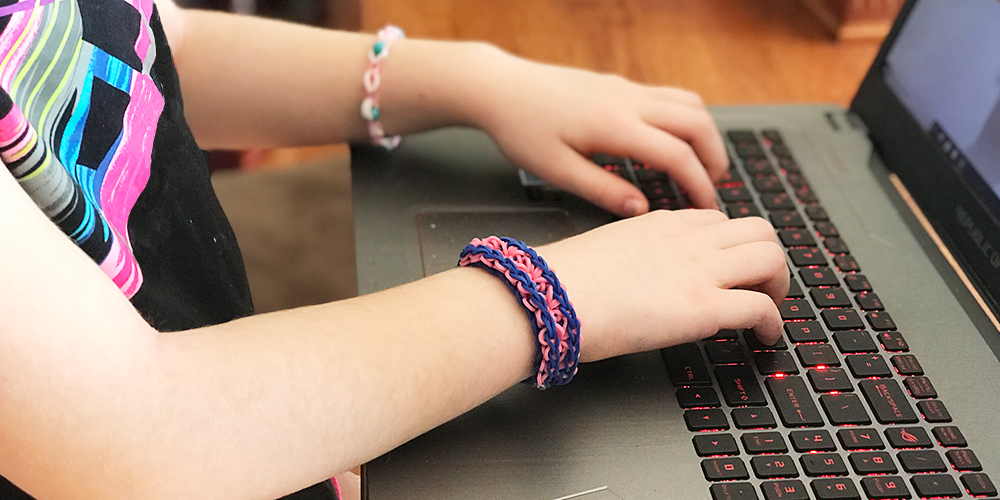 I recently had the opportunity to offer a web design program to children at a local elementary school. The experience was as rewarding as it was an eye-opener to the ways children think about code, digital experiences, and learning.

Lesson 1: The sense of wonder is real

I’ll admit, I was quite worried on that first day of class where I had them set some simple elements in their editor and then open the file in a browser. Would they lose interest as I explained the requisite code that needed to go in the head tag to make the page work? Would they be turned off by the simplicity of header and paragraph default displays? Would they leave in a huff because, after forty-five minutes of working diligently at their laptops, all they could produce were 3 lines of printed text in the browser window?

What I experienced instead were wide eyes, squeals of excitement, and clapping of hands. They had made a website. And they were damn excited about it. It didn’t matter how simple, how ugly, how much work it seemed to take them.

They could type in an address in their browser window and something, something they made, appeared there.

I practically cried. Sure, I had the same reaction as them when I created my first website, but I was 18 years old at the time. It was the nineties and all websites were ugly, so my simple black text on a white background didn’t look that different from many professional sites already online. I assumed they’d see their sites as well beneath their expectations. Oh, how I was wrong.

And so, I learned a valuable lesson. I assumed they saw digital spaces as a given, something they could produce quickly. What I learned, however, was they already had an appreciation for the depth of work involved in creating these spaces. They saw these spaces as being just as magical as I, the Gen-Xer who typed my college application letters on a typewriter. These children do not take their digital environments for granted as we may assume they do; they understood that creating these spaces involved understanding the workings behind the curtain, and they swelled with pride as they realized they, too, could decipher the code to it all.

I mean, could you type when you were 9? I wasn’t terrible at it, but I realize that even in my day, most 9-year-olds didn’t have the skills for top-notch clerical jobs. Still, I suppose in my naivete, I thought that children who had grown up with multiple digital displays at their disposal would have picked up some typing skills along the way. After all, they all showed up with their own laptops.

Yeah, that was an incorrect assumption.

So much of class time was spent explaining where certain keys on the keyboard were located (“the tag keys are just to the right of the space bar” or “your arrow keys are over there”).

Furthermore, there were simple computer tasks that they were novices at, such as creating a new folder or saving a file. Again, shame on me for making the assumption they knew how to do all that. They could upload a movie to YouTube, but no one had taught them about their operating system’s directory structure.

Which, when I look back at the assumptions I made about their technical savvy, I realized that I made more assumptions for them than I did for my college students. I would always begin a college course with an overview of folder structure, location of applications, common key commands, and how to access the school network. If a nineteen-year-old could benefit from that instruction, why wouldn’t a 9-year-old?

Again, those assumptions were on my end. Why would I assume that someone younger would know these things if they’ve never been taught? Perhaps, in my experience, younger children absorb instruction faster. But, then again, if they’ve never received the instruction, there’s no reason to think they already know it.

Only one girl signed up for my class. On the first day, she looked around and actually said to me, “why am I the only girl?” She seemed genuinely sad, as if she had anticipated this but had hoped this class would be different.

Of course I pointed out to her that I, too, was a girl, and encouraged her to tell her friends about what she was doing so they could be excited about it, too.

Again, a false assumption on my part: I thought we were getting over this within our society. I have a daughter who can’t wait to learn how to code herself (and now, I’ve got her doing regular typing lessons to ensure she’ll be ready). Her girl friends are excited about learning, too. So, I falsely felt like the stigma that “coding isn’t for girls” was something of my generation, not the next one.

But the look on that girl’s face, and the way she shrugged it off, as if it were expected and she were merely pointing out the obvious, absolutely broke my heart. I suppose I had grown accustomed to being the only woman at hacker meetups, or having others assume I was someone’s plus one at alumni events. But, coding isn’t the only thing I do, and there are plenty of female-dominated spaces that I can jump into at any time, so in my mind it all just balanced out. This girl’s comment, however, brought me back to reality. Are our children really seeing the same division of interests and skills that my generation felt? Will their well-meaning advisors steer the boys into science and information technology and the girls into art and English the way it was done in my day?

I am hopeful that there is still time to reverse this. I look forward to the next opportunity I have to teach these and other wonderful children how to build with code, and, with any luck, I’ll even have some girls sign up.